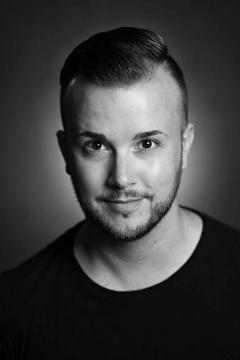 Mr. DiCenzo continued to craft his resume by performing with some of the country’s most reputable regional theatres, including North Shore Music Theatre, Pittsburgh Civic Light Opera, Pittsburgh Musical Theatre, and Prather Entertainment Group, with whom he toured in Disney’s High School Musical. However, it is Mr. DiCenzo’s oceanic adventure on the seven seas which he gives most credit: Cast as a Featured Singer/Dancer aboard one of Regent’s luxury cruise liners.

​Since arriving in Virginia, Mr. DiCenzo has served as the Director of Theatre Arts and Technical Theatre at Fairfax High School. With a significant focus on staying relevant for his students, Mr. DiCenzo has also worked professionally behind the scenes as well as in the spotlight. He has served as the Resident Director and Choreographer for the City of Fairfax Theatre Company as well as the Instructor of Musical Theatre at Fairfax County Public School's Institute for the Arts. Most recent on-stage regional credits include Dominion Stage's production of Snakebit, in which Mr. DiCenzo portrayed the role of Michael [WATCH Award Nomination], The Arlington Players' production of Pippin in the role of the Leading Player [WATCH Award Nomination] and Reston Community Players' productions of Rock of Ages (Mayor/JaKeith) and Gypsy (Tulsa) [WATCH Award Nomination].